The pandemic may have fucked up all our lives but it’s not stopped us from eating the food of our favourite restaurant in Minnesota: Grand Szechuan. There are a few fine dining restaurants we like a lot but—as I’ve said before—no restaurant in the state makes us happier as a family than Grand Szechuan. Ironically, we’ve been eating their food more since the pandemic began than we otherwise would have been. We normally hit them up on a monthly basis but have been going to get their food almost every two weeks since dining out became first an impossible and now a dubious proposition. Grand Szechuan, by the way, has not yet opened up to dining in. I laud them for their good sense in not doing so; at the same time, I worry about a possible hit to their business now that others have in fact opened up. There were far fewer people there picking up food this past Sunday than I’ve seen on all our takeout trips previous. Then again, it was a holiday weekend and people may have been out on their boats or grilling at home. At any rate we had another excellent meal. Here is a report on that meal and the one previous, from just about two weeks ago.

Over the course of these pandemic takeout orders for the last few months we’ve been trying not to repeat very many dishes. The only constants are the dan dan noodles and the green beans, without which the boys would rebel. That’s not to say we haven’t repeated anything else. At the first of the meals reported on here we got the mapo tofu and the tofu with salted egg yolk for the second time each; and at the second we got the fish flavoured eggplant and the kung pao chicken for the second time each as well. All were excellent. Indeed, everything has been at least very good. The only dish that’s suffered a fair bit from the 30 minute drive after pickup is one of our normal favourites, the triple-flavour squid (on the menu as “spicy squid roll”). We finally got it for the first time in the pandemic this past weekend and confirmed immediately that we’d been smart to not get it before: the flavours were still great but the crispy texture of the squid had turned gummy.

Some particular favourites from these two orders that we had somehow not got in a long time: the Sichuan cold noodles, the pork belly with mashed garlic, fish fillet in ginger sauce and the griddle cooked pork ribs (the same flavours as the griddle-cooked chicken but they might work even better with the pork). But really, there was nothing that disappointed even though some dishes would obviously have been better brought directly to the table (the squid, the fish in peppercorn broth).

For a look at all the dishes, launch the slideshow below. Scroll down to see what’s coming next. 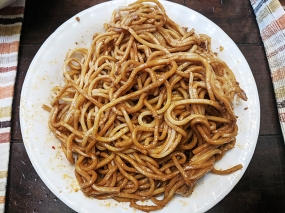 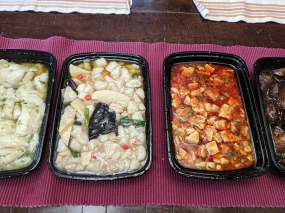 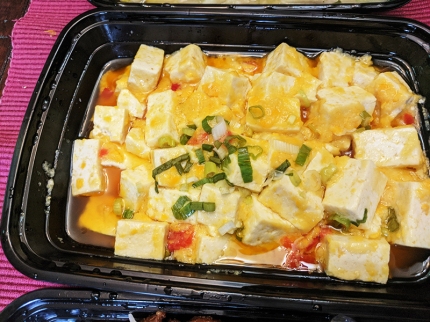 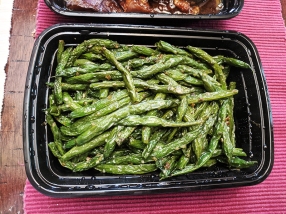 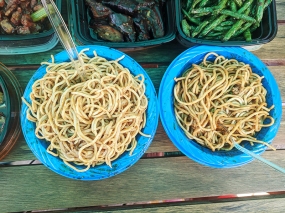 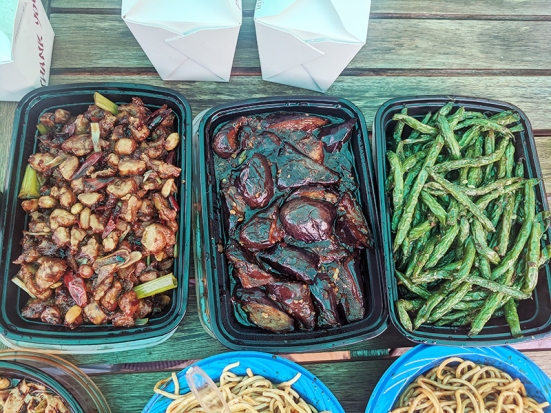 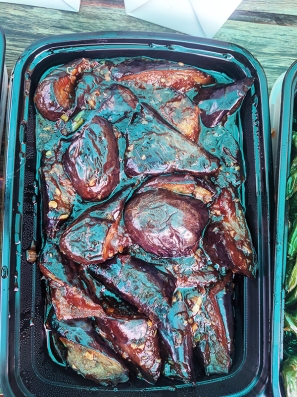 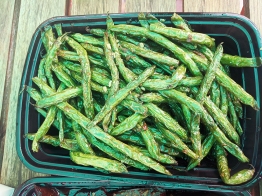 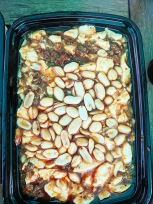 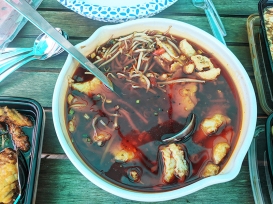 If you’re within range of Bloomington—and keep in mind we’re 35 minutes away—and like good Chinese food, or just good food, I hope you’ll consider/continue supporting Grand Szechuan and restaurants like it. I am hopeful they will make it through this tough time; I do know that our food scene will be much poorer if they go under. We, for our part, look forward to eating their food once every two weeks for as long as the pandemic continues.

I’ll have another takeout report next week. I’m not sure yet what it will be of though. I’m hoping to get food from Kabob’s Indian Grill soon. But I’m also again missing good pho. Let’s see how it goes.

I hope you’re all continuing to stay safe and healthy while also getting out for some fresh air and exercise (we’ve been walking 2-2.5 miles as a family every day). And I hope you’re eating well.