It has been a dangerously long time since our last Thai meal. That was takeout from Krungthep Thai in St. Paul. Having gone more than two months since then without Thai food, urgent action was required. Accordingly, on Sunday I drove to Bangkok Thai Deli on University Avenue and picked up a rather large order. It was a warm November weekend in southern Minnesota and so we had what was likely our last pandemic takeout meal on our deck with friends. There’s snow on the forecast for this weekend and it’s going to keep getting colder and we never did get around to buying any of those patio heaters. Well, as last hurrahs go, this was a good one. This was one of the best Thai meals we’ve had over the course of the pandemic. All of it would have been better coming straight from the restaurant’s kitchen to one of its tables, but it was pretty good even reheated after a long drive.

Bangkok Thai Deli has been open for dining in for a long while now. From what I could tell at pickup they may have reduced the number of tables a bit. They have reduced their hours. They used to be open seven days a week; they’re now closed on Tuesdays. The restaurant was pretty full at 11.45 when I was picking up our order and I was not the only there to get takeout. What did we get? We were a large group: nine adults and five young children. A lot of food was required and I was up to the task.

For the kids: two orders of chicken satay; and an order each of the seasoned pork leg and roasted duck over rice. All were enjoyed greatly by the 5-12 yo crowd.

The group’s consensus favourites, I think, were the Esan sausage, the Thai mango salad, the grilled pork salad, the soup, the stir-fried bamboo shoot, the eggplant and the hotter thick curry. Which is to say we thought almost everything was a highlight—and it’s not like we thought any of the rest was bad. Well, not everyone was a fan of the larb: I was asked while ordering if I wanted it with “extra bitter” and I said yes; this didn’t end up being to everyone’s taste. I’m not sure what the source of the bitterness is or if this is an Isaan/Lao variation—I don’t think we’ve come across it before, at either Bangkok Thai Deli or any of the other Lao/Thai places in town; probably an option we’ve never known to ask for.

For a look at the restaurant and our excessive order, launch the slideshow below. Scroll down to see how much it all cost and to see what’s coming next. 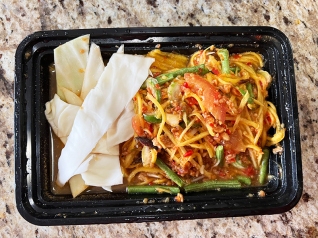 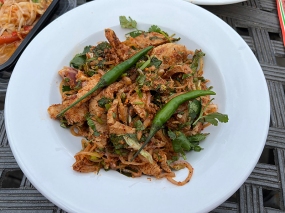 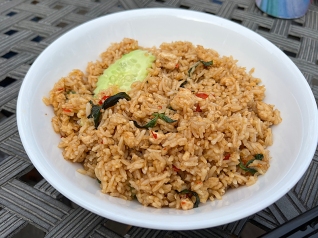 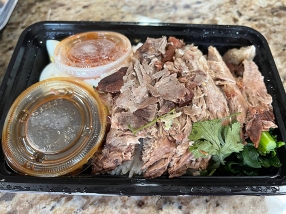 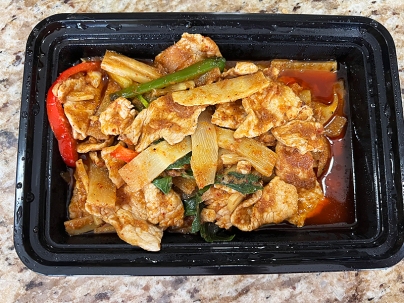 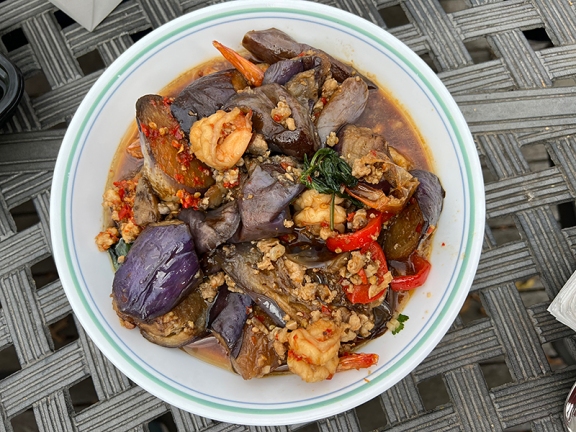 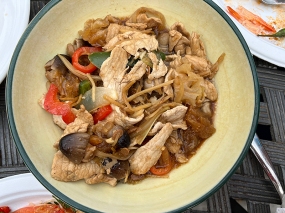 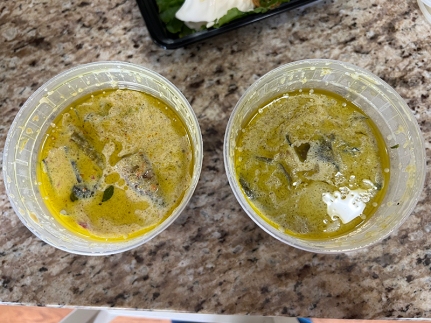 The adults’ portion of the meal came to just about $232 with tax and tip or just under $26/head. Even with us over-eating like crazy there were leftovers; this was enough food for another two hungry adults. So make that a true per/head cost of $21 and call it a screaming deal for the quality and quantity. We probably won’t wait another 10 months to get from Bangkok Thai Deli but before that we’ll go back to On’s and Thai Cafe and also give Basil Cafe another go. But none of that will be next week.

What’s next? It’s also been dangerously long since our last Grand Szechuan takeout but that won’t happen this coming weekend. The boys have been asking for tandoori chicken for a while and so my plan is to hit up a North Indian restaurant in St. Paul. Which one? Come back in a week to find out.