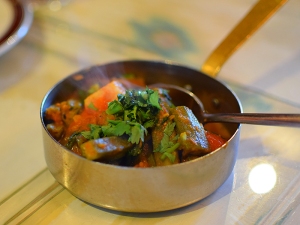 Okay, I’m finally getting started on the food reports from our trip to Scotland in June and first up is a review of our first dinner in Edinburgh at a popular Indian restaurant named Mother India’s Cafe. This was one of two Indian restaurants we ate at in our four full days in Edinburgh. I don’t look to go to Indian restaurants in the US but I’m always game to try any in the UK, where baseline quality is much higher. Mother India’s Cafe, an offshoot of a Glasgow original, has very good reviews (as does the Glasgow mothership) and promises a mod’ish take on Indian food, serving their food “tapas style”. This might lead you to expect that they specialize in snack’ish “small plates” dishes a la the excellent Gunpowder in London, but the reality turns out to be small portions of more or less regulation curry house fare served in tiny dishes. Still, I’m glad to say that most of the food tasted pretty decent. Read on for details.

It’s a busy place. We ate there on a Monday evening and just about managed to snag a table in the early evening (good for us with jet lag on the horizon). It’s a smart space with a more informal smaller dining room as you enter, with a counter and a few tables, and a larger, open dining room off to the right. The decor is tasteful and not in the maximum kitschy signifiers vein that seems to have taken over Indian restaurants in the UK. We had a table in the front room and there were five of us: three adults and our two brats.

Now while the food, as mentioned above, is in no way Indian tapas, the small portions at lower prices thing is a very good thing when eating in a small group. You can get a bunch of things to share and eat a more interesting meal. Each dish yielded sufficient bites for three hungry adults. There wasn’t much for the boys but we got them a butter chicken with naan and they quite enjoyed it. The naan, however, doesn’t go by that name on the menu; for some reason it’s billed as “pitta bread”. But underwhelming naan it is (I’m not sure why the quality of naan in the UK is so low, but this was our experience in London last year as well). There’s some other odd nomenclature on the menu too: a dish of lamb and mint is dubbed “Patina Lamb”—I’m guessing they mean “Pudina Lamb”, as “pudina” is the Hindi word for mint (with the first syllable prounced as in “pull”). Anyway, on to the food itself.

We mopped all this up with naan, I mean pitta bread, and parathas that had also been in a tandoor.

For not-very-good pictures of the space and food launch the slideshow below. For thoughts on service, value and to see what’s coming next, scroll down. 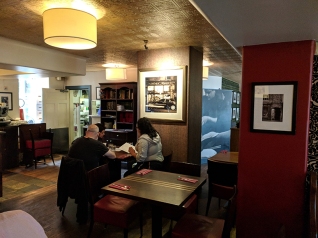 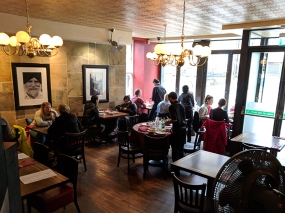 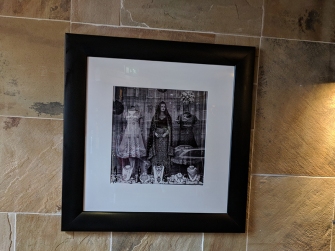 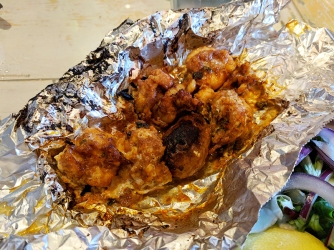 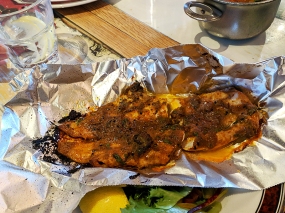 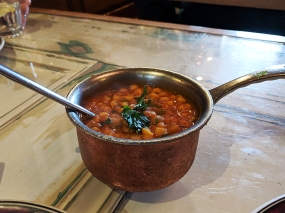 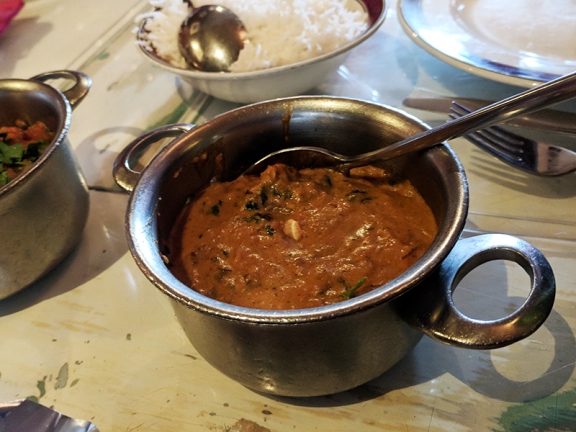 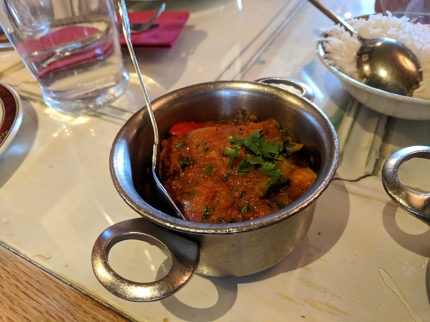 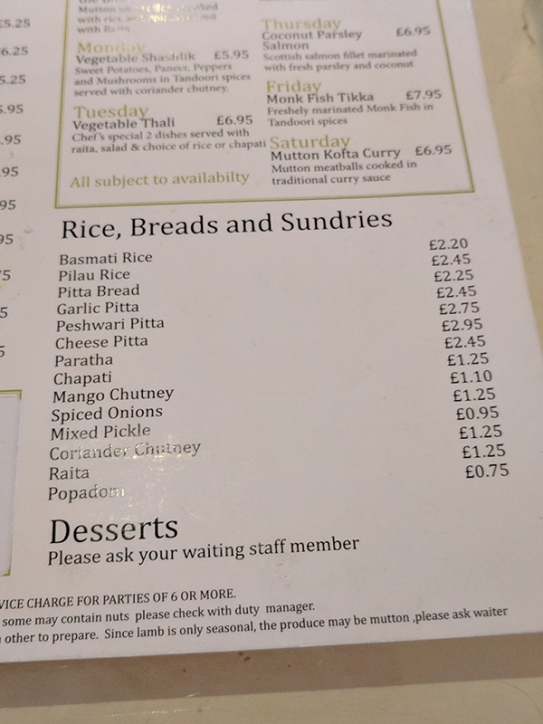 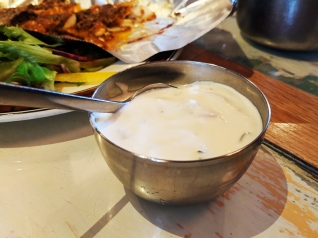 My kids insisted I include a picture of their favourite Scottish beverage.

As we were leaving.

All of this came to a little over £50 plus tip, which is not bad at all in the UK for enough food to feed four adults. And while the food is nothing special it’s solid enough. It’s no surprise that they’re very popular. By the time we left there were a large number of people waiting.

My next Edinburgh food report will be from another Indian restaurant, apparently the oldest in the city—though they appear to have received a major renovation in recent years to bring them in line with current Indian restaurant interior design trends. Their menu is more old-school but I think I may have liked that meal more. That’ll be next week. Also next week: a report on dinner at Martina in Minneapolis. Plus more whisky reviews in between, including a brace of Ardmores.

One thought on “Indian in Edinburgh: Mother India’s Cafe”