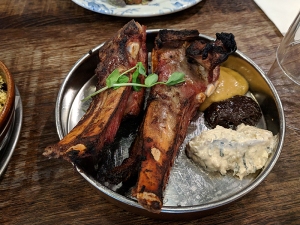 Having managed to post all my Hong Kong meal reports a mere month after my return from that trip, I am now going to try to finish up with restaurant meals from our trip to London in June (!). I have previously written up a Sichuan meal in Earl’s Court and a Korean meal in New Malden; here now is an Indian meal in Covent Garden. Tandoor Chop House, which vaguely marries the concept of a steak house with a menu heavy on meats cooked in a tandoor, had flashed on my radar when we were living in London for three months in 2017 but a poor review from Jay Rayner in the The Guardian had made me wary. He’d compared it unfavourably to Tayyab’s and while I liked our lunch at Tayyabs fine, I was not particularly impressed by it either. Since then, however, I’d read more encouraging reports and so decided to give it a go on this trip. With us were three Indian friends—two friends from my Delhi University days who were coincidentally visiting from the US at the same time as us, and one visiting from Delhi. All of us liked the meal very, very much.

We were there on a Sunday during the World Cup. England were playing a group match at the time and so the restaurant was very empty for lunch on a Sunday. The chefs, however, had clearly not taken the day off. The menu is small: there is a small selection of snacks, including chaat; a small selection of meats and veg grilled in the tandoor; a small selection of dal and other sides; and some tandoor-cooked breads. We sampled broadly across the menu and also tried the two listed specials. With one exception everything was very good, and it was of a quality that we all agreed we’d expect to find at a good restaurant in Delhi. I suppose they may have pulled up their socks since Rayner’s review but this was, without any bells and whistles, one of the better Indian meals we’ve had in London—and far better than another seemingly more-loved place we ate at a few days later.

For a look at the space and the food launch the slideshow below. Scroll down for cost, service etc. 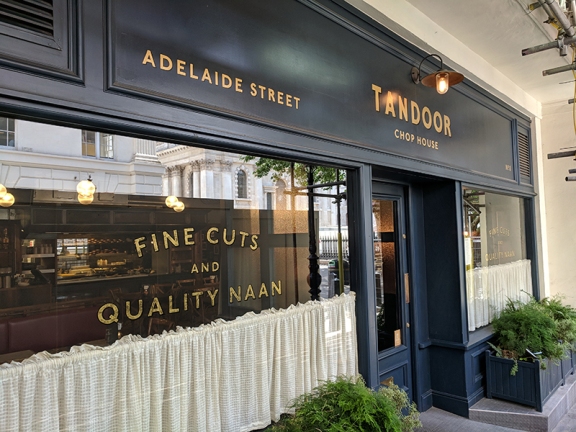 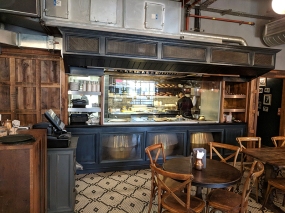 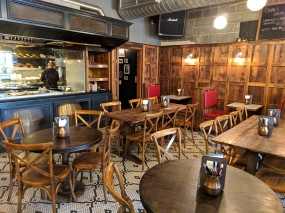 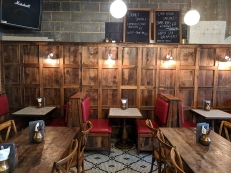 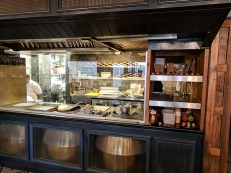 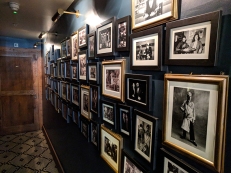 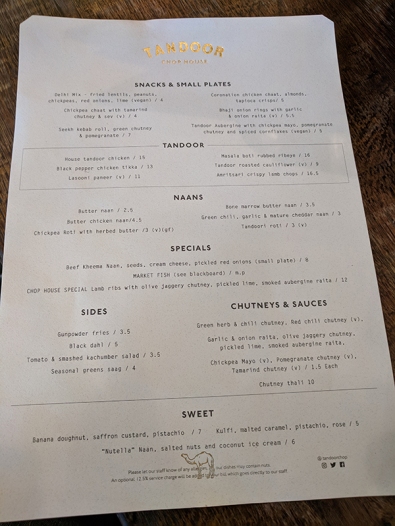 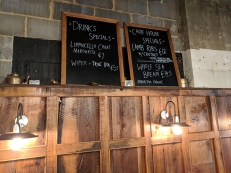 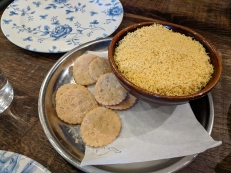 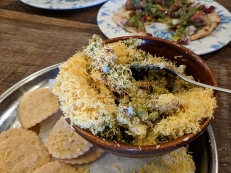 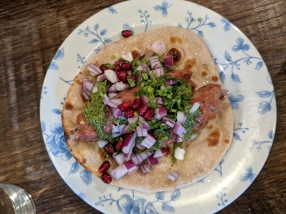 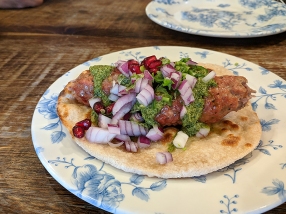 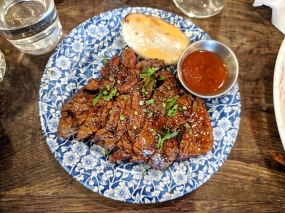 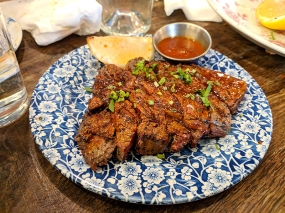 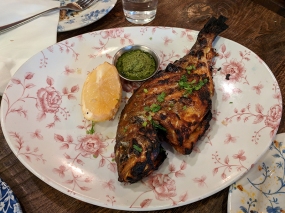 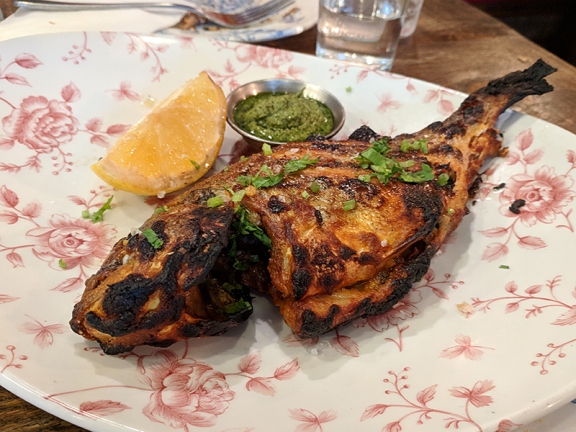 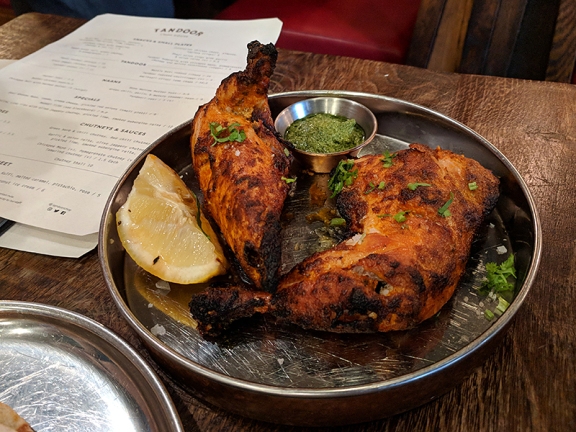 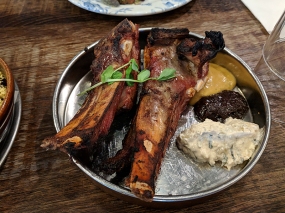 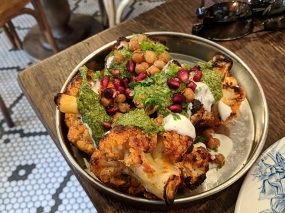 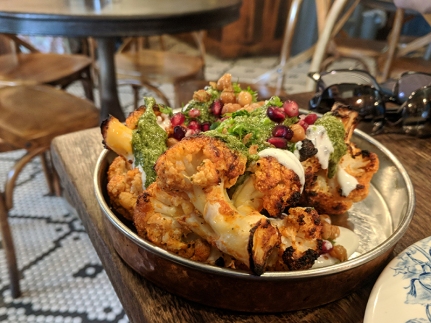 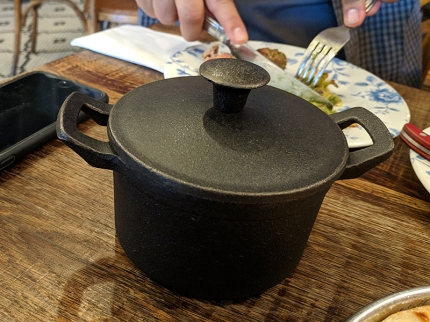 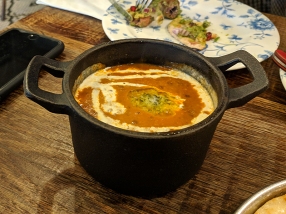 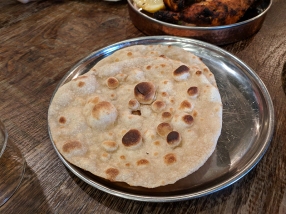 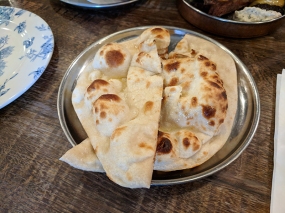 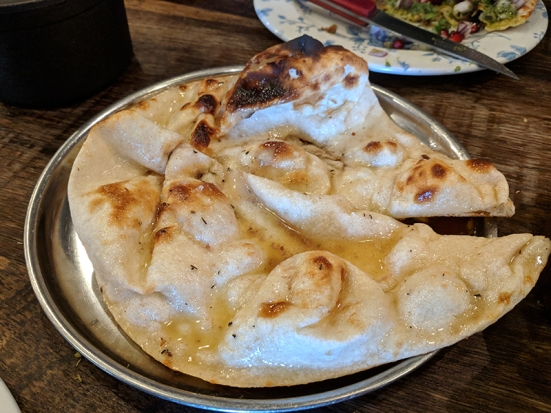 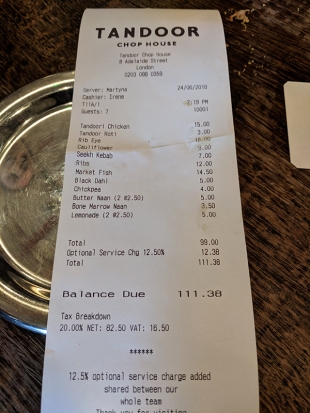 Inclusive of tax and service charge, all of this plus two lemonades came to £111. Counting our kids as one adult that works out to just above $18 or so per head. Which is almost exactly what we paid at lunch at Tayyab’s in 2017 except this featured far better cooking and a very good deal for food of this caliber in London. The service was pleasant and present. Of course, the restaurant was all but empty—I’ve no idea how things go when they’re much busier or how loud etc. the place gets (I noted the big speakers aimed down at the tables from the ceiling).

This is not very sexy Indian food. The menu comprises mostly familiar things and there are no unexpected flourishes in anything, but it’s all done properly. The tandoor work here is really very good. I’ve no idea what the chef’s background is but I would not be surprised to learn that they emerged from one of the better hotel kitchens in Delhi. I don’t often crave tandoor-heavy meals but I really enjoyed this lunch (as did everyone else). I would definitely recommend them if you like this sort of thing.

Okay, up next on the food front: Goan food in Bombay and then I’ll be back to London, this time reporting on a couple of Malaysian meals.