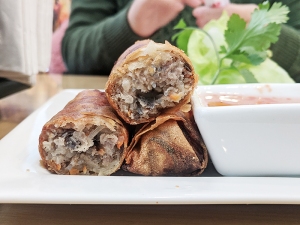 There are three dedicated Vietnamese restaurants in the Apple Valley-Lakeville area (that I know of): Pho Everest, Simplee Pho and Pho Valley. I’ve reviewed them all in the past and am now in the process of checking in on them all again. I re-reviewed Pho Everest last year and here I am now with a second look at Pho Valley. It is very conveniently situated for us for lunches on the way back from the Burnsville Costco—though the opening of Kumar’s Mess in the same mega-strip mall has cut a bit into the amount of custom we’ve been giving them of late. Still, in the Minnesota winter it’s hard to pass up a good bowl of noodle soup and Pho Valley’s pho broth has in the past  been superior in our estimation to that at their local competition. Is that still the case?

Well, let me dispel the suspense right away: yes, their pho broth is as good as it was a year and a half ago. In fact, it’s been very consistent over all the times we’ve had it over the last year. The same can be said about all of their other dishes that we’ve tried. Which is not to say that we’ve tried their entire menu—the American Chinese part remains unexplored territory and the Vietnamese selections remain, for the most part, variations on a few themes: pho with various meats; bun with various meats; broken rice with various meats. I enjoy all of these variations but I do wish they’d consider adding a few specials as Simplee Pho does (or at least as they used to—I haven’t been back there in a while). I certainly wish they’d add at least a couple of options to the banh mi. Indeed, there’s only one dish in the slideshow below that wasn’t covered in my previous review. That’s the lemongrass chicken and I have to say it’s nothing I’m likely to order again: even with a lot of chilli sauce added it was too cloying.

The pho, the bun and the rice plates remain great deals though. And the boys continue to scarf down their pork and chicken skewers. The fry job on the egg rolls isn’t always top notch but they’re always tasty. Let’s be frank: this is not a place with aspirations to be anything more than what it is: essentially a pho shop sustained by a mostly non-Vietnamese clientele. And, as I said, their pho is still very good and as good as we can get, at least in the Cedar Ave. corridor south of the 35.

Take a look at the slideshow below and scroll down to see what’s coming next. 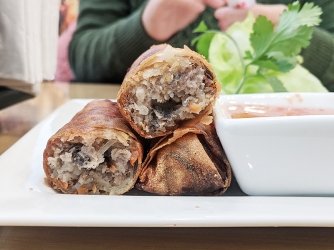 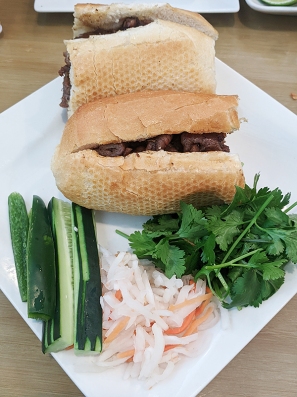 Their banh mi are served deconstructed except for the pork. 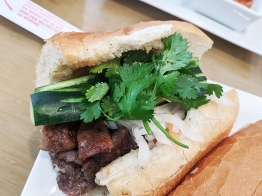 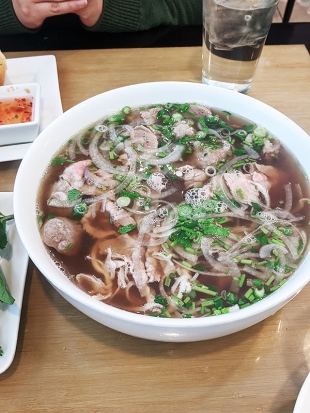 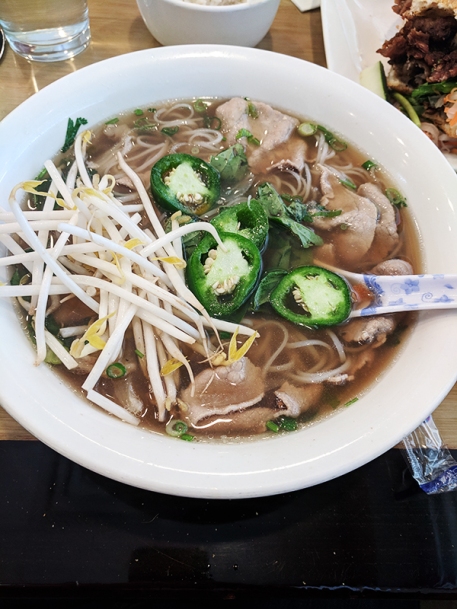 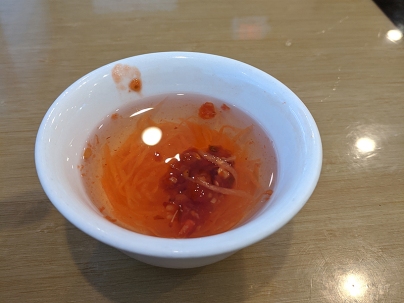 Very nice with a dollop of chilli paste. 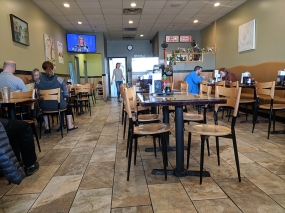 A question for my fellow South Metro denizens: are there other Vietnamese restaurants that have opened up in the Apple Valley-Lakeville-Rosemoun area that are worth a look? Or even in Burnsville or Eagan? In the meantime, I need to check in on Simplee Pho again—I hope they’re going strong.

Up next, however, on the food front will be two more India reports, probably both from Delhi. After that I might have a quick look at another Indian grocery store in the suburbs.