My last four Minnesota restaurant reviews have been re-reviews—of House of Curry, Spoon and Stable, On’s Kitchen and A&L Chinese. One of the nice things about being an independent blogger is that there’s no compulsion to only review new places or places you haven’t been to before. And I hope that to my few readers from the Twin Cities (and environs) there’s some value to seeing follow-up reports from places that the professionals haven’t covered in a few years or more. This week’s review, however, is of a place I’ve not only not reviewed before, I’d not eaten there before the meal covered in this review: Lao Thai, or as they also bill themselves, Family Lao Thai. It’s another institution on University Avenue in St. Paul: opposite Trieu Chau and not too far away from Thai Garden or Thai Cafe. As the name proclaims, their food is a mix of Thai and Lao; and I am happy to tell you that you should go and eat their food.

We were a party of eight: six adults and our brats; and we did a fair amount of damage. Before I tell you what we ate, I should probably say something about the space. The restaurant itself is very hard to miss. It has an attractive exterior with bright red paint and a blue sign; the interior is a little more functional but is large and airy and charming enough. There’s parking in the back but not much of it; it’s not hard to find spots on the street, however.

We dined early on a Saturday and there were a decent number of tables occupied then and more were arriving as we we were leaving at about 6.30. It’s a family operation. The second picture in the slideshow below—if you blow it up to full size— will tell you the restaurant’s history. The restaurant is currently operated by a couple; her father was the previous owner, and he apparently worked his way up to that status after having started working in the restaurant in the 1980s. I’m not sure if Lao Thai has always been at this location but they’ve certainly been around a while: their Facebook page says they’ve been “a family-owned business since 1996”; I guess it could have been under different ownership before that. They stress their family and local connections—a lot of ingredients apparently come from the farmers’ market that sets up opposite their restaurant in the non-frozen months of the year.

What did we eat?

For pictures of the restaurant and the food, launch the slideshow below. For more thoughts on the food, service, price, value etc., please scroll down. 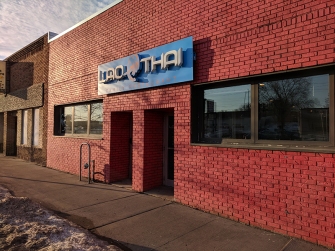 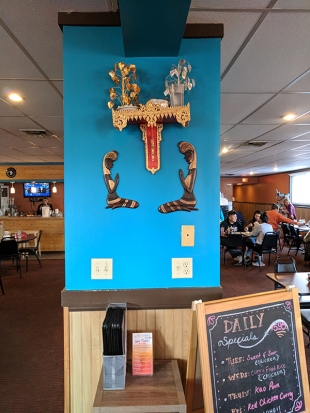 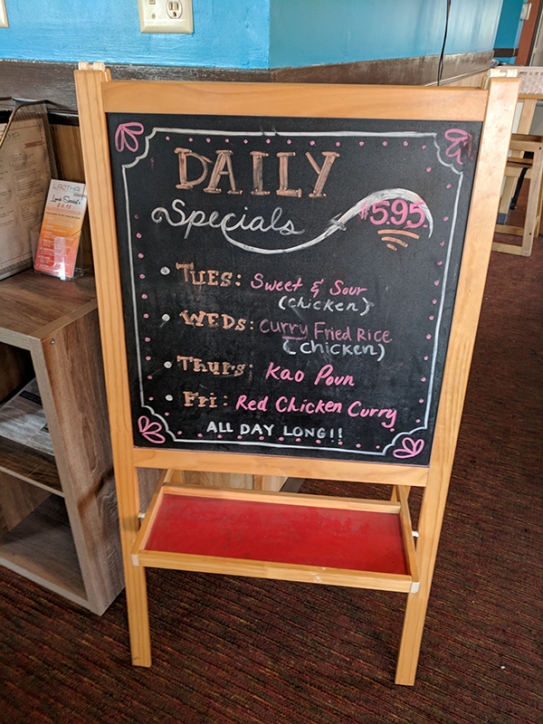 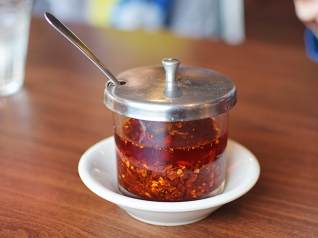 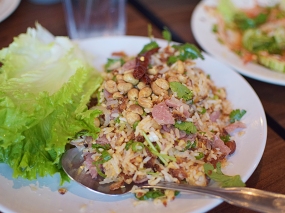 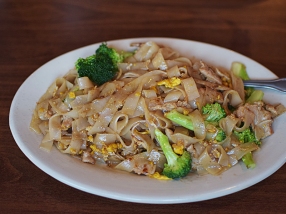 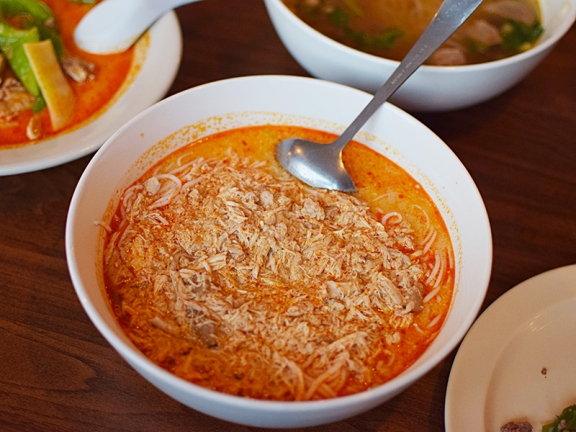 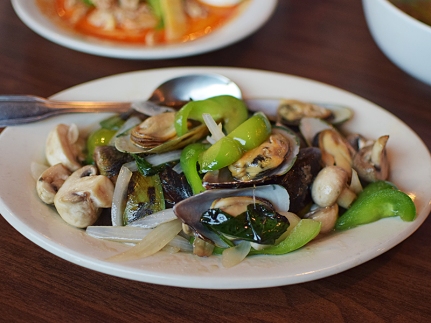 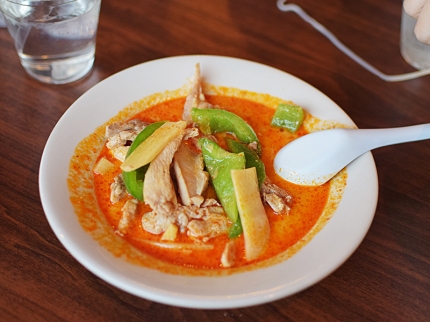 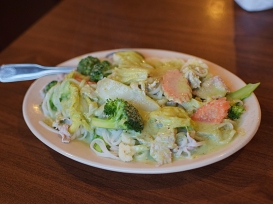 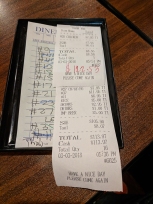 We asked for everything that should be hot to be at the hot setting, and we got the beef salad at the extra hot setting. While the stuff that was at “hot” was certainly not mild, only the beef salad made us break a sweat. We also asked that the pad Thai not be sweet and it would appear to be a good idea to order it that way.

All this plus soft drinks, a Thai coffee or two and a beer, tax and tip came to just about $21/head. Which is pretty decent value. Other than the green curry noodles there was nothing we did not enjoy. It’s also true that there was nothing we ate here—with the possible exception of the papaya salad, the kao poon and the nam khao—that was above the average of the better places on University Ave. However, be that as it may, I would happily eat at Lao Thai again and would recommend it to you as well if you’ve note eaten there yet. Oh yes, service was friendly and the food came out at a rapid clip.

Coming next from the Twin Cities: more Ethiopian food. And after that, some casual ramen. I’m still looking for recommendations for Thai restaurants other than the ones I’ve already covered (and we’ll probably be heading back to Bangkok Thai Deli soon too).