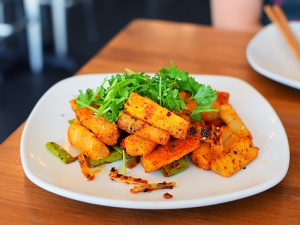 Though you wouldn’t know it from the silence of the “major” Twin Cities food critics and reviewers*, there is currently a very interesting set of Sichuan meals to be had in St. Paul, at Golden Horseshoe, a “residency” at Cook St. Paul (on Payne Avenue in East St. Paul) that will be running through early September. Cook St. Paul is an interesting concept—a diner most of the time, and host to various pop-ups at other times. As far as I know, Golden Horseshoe is the first extended engagement they’ve hosted. It got going a week or two ago with a small number of dishes available at dinner (Thursdays through Sundays, starting at 5 pm as long as the residency goes on). Each week a couple of new dishes join the menu. The plan is for there to be almost 20 dishes on the menu by the time the residency comes to an end. Is this something worth going to given that we have the excellent Grand Szechuan available to us every day of the year, to say nothing of creditable Sichuan food at Szechuan Spice and Tea House? Yes, I’d say it is.

The menu is apparently designed by a DC chef named Gen Lee* and is executed by another chef, DaiCan Tang, originally from Chongqing though most recently from New York. I’m not sure what the goal of the residency is—to introduce Twin Citizens to Sichuan cooking not otherwise available in the area? To pave the way for the opening of a new full-time Sichuan restaurant helmed by Chef Tang? The latter would certainly be highly welcome, especially if the restaurant were to be located in St. Paul. As for the former, I wouldn’t say that there are very many revelations on the current short menu for those who eat at Grand Szechuan regularly. That’s not to say that everything Golden Horseshoe currently has on their menu is already available locally.

One of our favourite dishes at our dinner there last Friday was one we’ve not had before locally: dry fried eggplant. Thick sticks of long eggplant are fried to a perfect crisp on the outside and a melting interior and tossed with crushed red pepper and Sichuan peppercorn. That’s a massive appetizer, we said when it was set down in front of us, and then a few minutes later it was all gone. By contrast the cilantro fish roll—one of the other three appetizers on the menu last week—was merely good; a small bite that didn’t make much of an impression (though it did leave more room in our bellies for dry fried eggplant). Even though it was just the two of us (marking our 16th wedding anniversary—a fact we were reminded of that morning by my visiting parents), we ordered four main dishes to follow. And yes, to keep things simple for the kitchen, they take the appetizer orders first and the mains only after the appetizers have come out. Everything comes out very quickly, so it’s not a big deal.

What did we get? The crispy pork belly, the mapo tofu, the cumin lamb chops, and the Sichuan dry pot with shrimp and chicken. The pork belly was the least interesting of the lot—tasty but not particularly interesting. The mapo tofu, on the other hand, was hands down the best we’ve had in the Twin Cities—including during the original heyday of Little Szechuan. Where Grand Szechuan’s (also good) version is bright and hot, Golden Horseshoe’s brings far more of the fermented black bean depth and funk. The cumin lamb chops (expensive at $36 but you get four lamb chops) were very tasty and the chops were cooked perfectly but I prefer Grand Szechuan’s cumin lamb preparations. The dry pot (think dry stir-fry) was very good too.

For pictures of the food and of the Cook St. Paul space, please launch the slideshow below. For thoughts on price, value etc. please scroll down.

What an attractive restroom door. 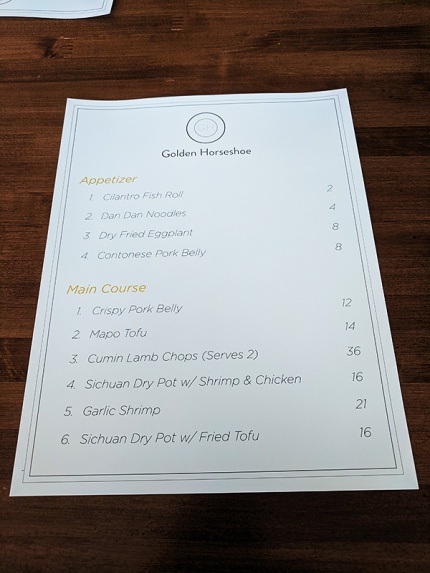 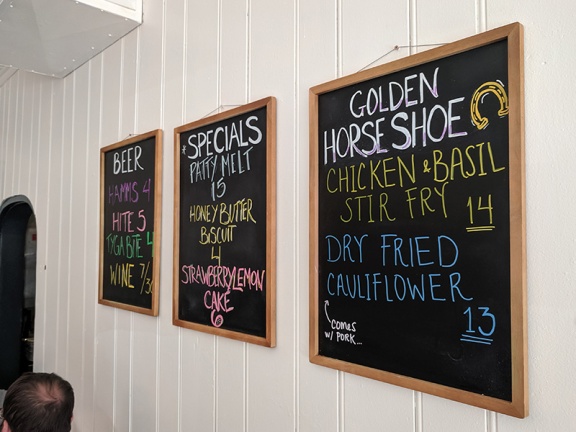 These marinated/pickled cold dishes are complimentary. 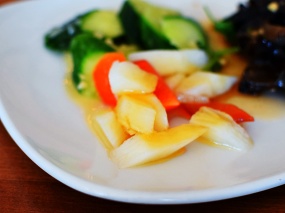 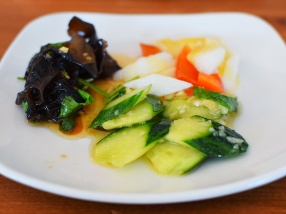 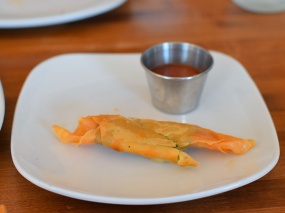 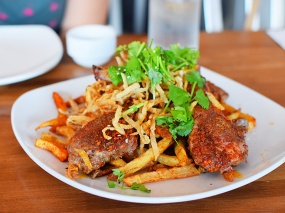 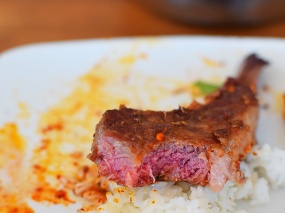 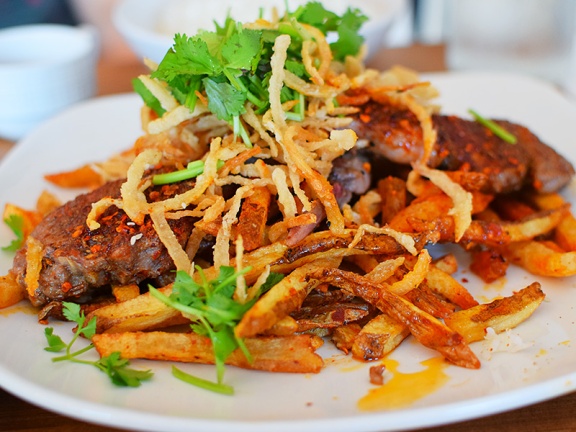 The fries under it get wonderfully seasoned.

Lots of veg in there too. 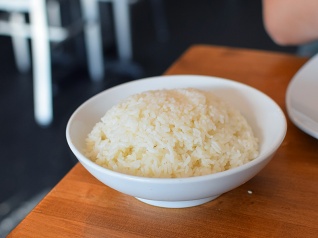 Cook St. Paul has a cocktail menu but nothing on it particularly grabbed my fancy; I ended up getting a beer. The missus was driving and with her low alcohol tolerance stuck to tea (which is also complimentary). All of the above came to almost exactly $120 with tax and tip. That’s a lot for two people but please keep in mind that we ordered enough for four—indeed the leftovers made a heavy dinner for two the next day. So $30 with tax and tip. And it would be a lot cheaper if you didn’t get the lamb chops. Either way, very good value for what it is.

If I have any mild reservations/criticisms it would be these: 1) they seem to be holding back on the heat and Sichuan peppercorns somewhat—even though we asked for things to be hot, nothing was particularly hot; 2) the menu so far is a little too safe. The former issue may be a concession to local palates (though keep in mind that Grand Szechuan, Szechuan Spice and the better Thai places are quite unrestrained when we ask them to be); the latter may possibly be addressed as new dishes join the menu. We’ll be back for sure, at least a couple more times before it comes to an end—though we’re going to be hampered by being away at the North Shore next week and on the East Coast for a good chunk of August—and I’m hoping we might see some dishes along the lines of what’s available at Chengdu Taste or Sichuan Impression in the San Gabriel Valley. But even if not, I expect we’ll eat very well.

If you’ve not been yet, I urge you to go. The local food media may not be trumpeting this—compare with the attention given to Andrew Zimmern’s folly—but it’s a big deal for the local Chinese food scene. We were there at 6 pm on a Friday and there were tables going begging when we arrived and when we left. Yes, it’s a small place but there were never more than four tables occupied. That’s a shame and it would be even more of a shame if a perceived lack of local interest kept a possible full-time restaurant from happening at the end of this residency. So go, and tell your friends!

*Big time thanks to Jim Grinsfelder for drawing my attention to Golden Horseshoe elsewhere on the blog.